Currently based in Melbourne, Victoria

Politi-naps was a short game born from a game jam run by TasGM in 2016. The game was created to fit the theme of 'politics', so we decided to take a lighthearted approach.

It requires the player to tap all the kitties to keep them awake so that they can pass some important bills. We decided to work on the game further after the game jam to make it available on the Android Play Store (to learn about the release process).

My main responsibility on this project was to bring the assets to life, based on black and white, pen and paper outline sketches drawn by another member of the team. I took all the images from their physical origins and edited them to create the final product, as well as creating a whole range of environment/UI assets from scratch.

I also handed the implementation of UI and created all marketing collateral to accompany the release of the game. 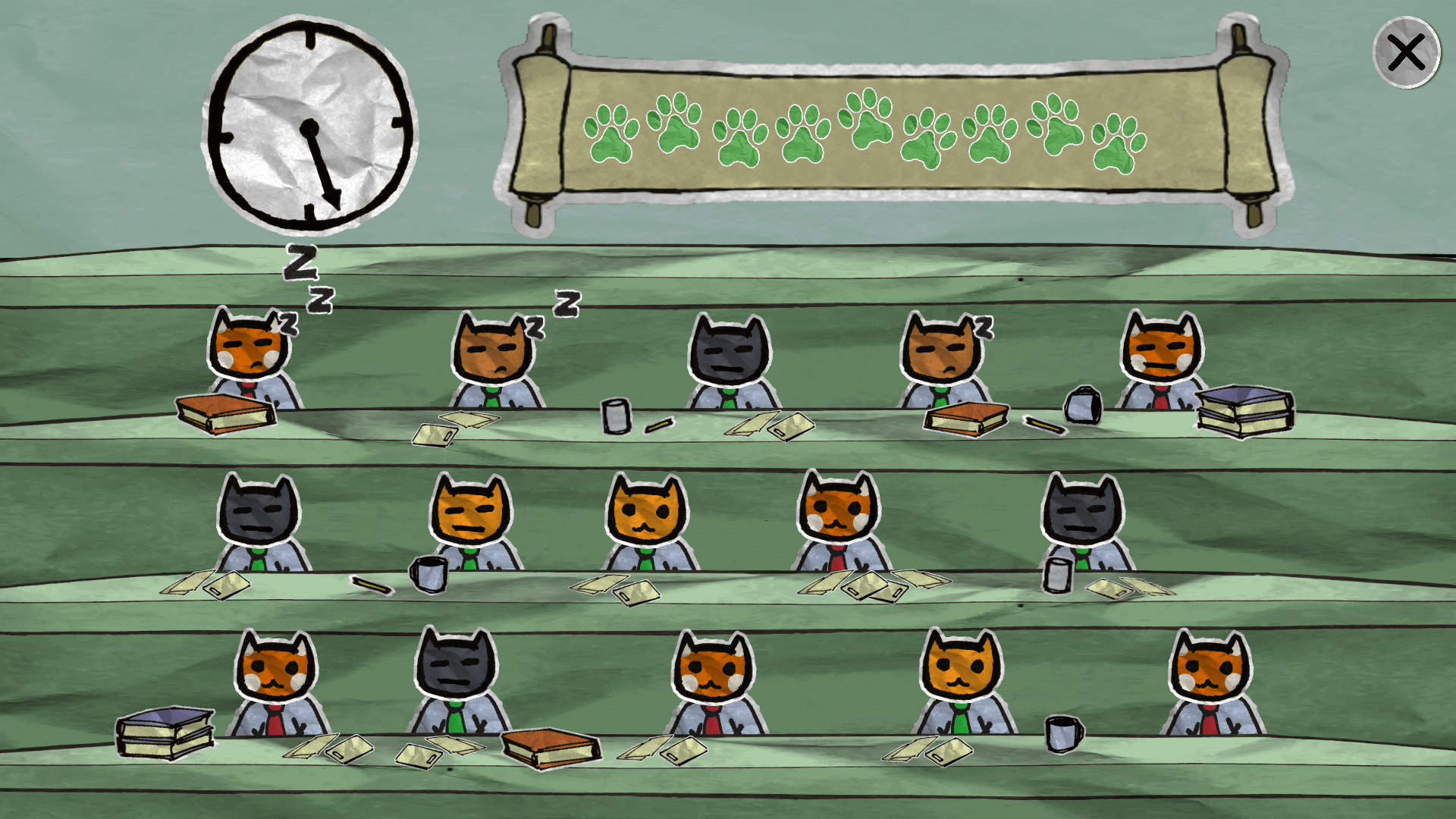 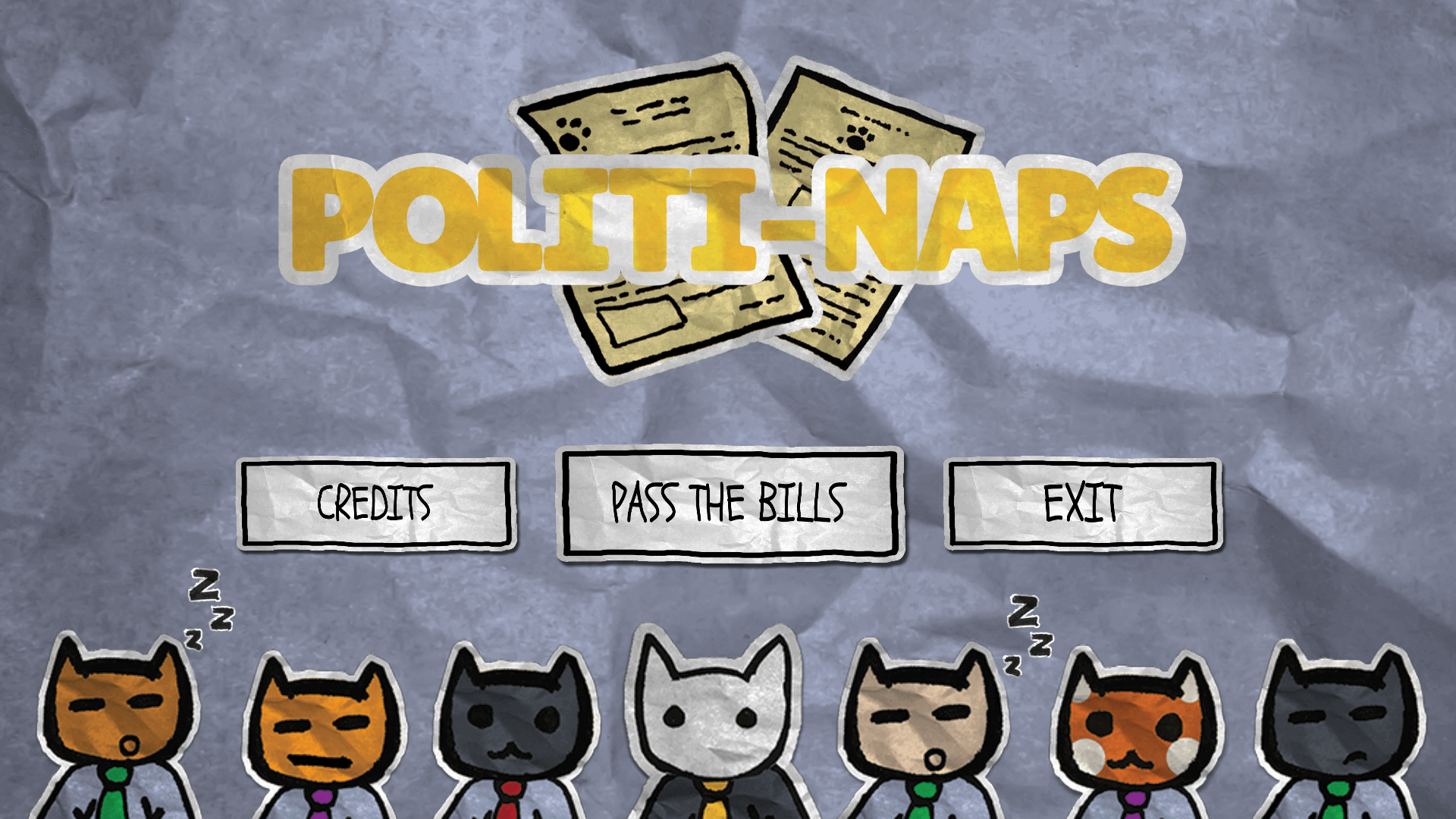 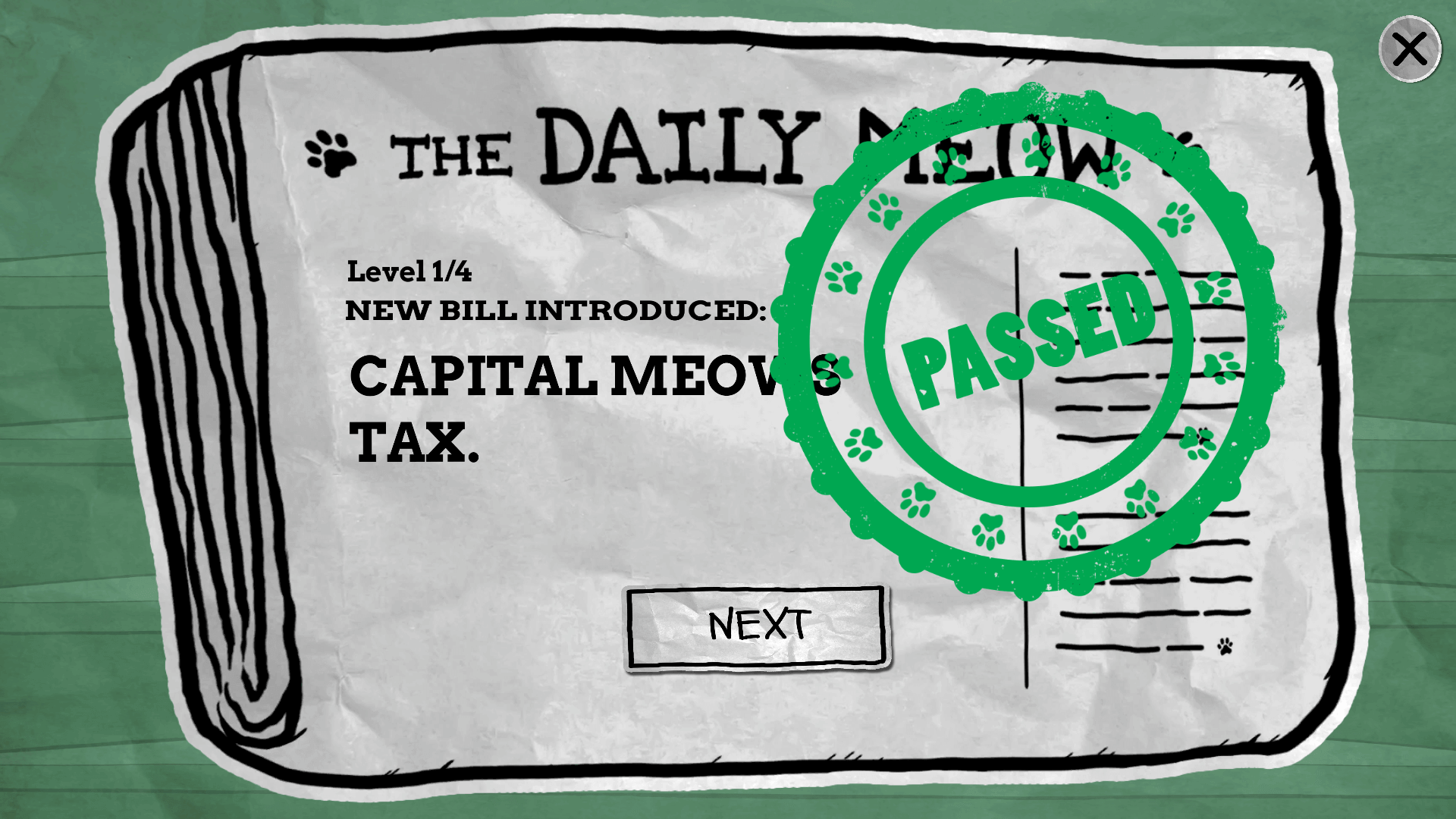